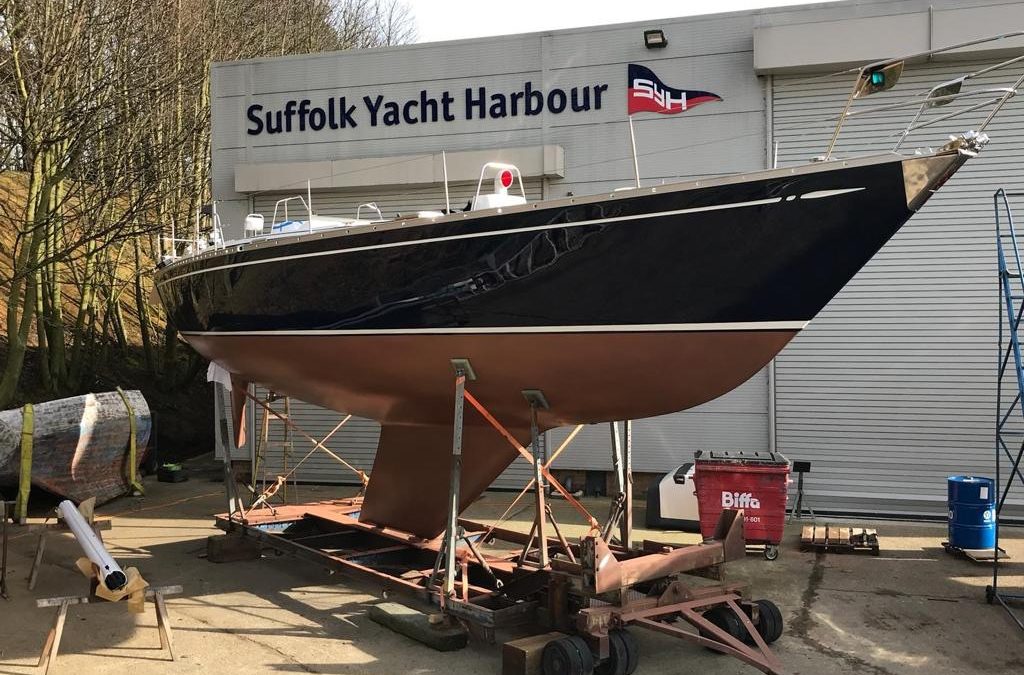 Regular readers of SYH’s Harbour Light magazine will know of Swan 43 Susquehanna’s lengthy stay in the SYH workshop. Having arrived at SYH as an almost stripped-out hull three years ago, Susquehanna’s owner entrusted her to the SYH team for an extensive refit.

SYH boatyard services director Joshua Major explained, “Other than her superstructure, we have completely renovated Susquehanna We rebuilt her internal keel matrix, took out all her joinery and bulkheads, rebuilding where necessary, varnished and re-fitted out the hull.

We resprayed the superstructure, manufactured new toe rails, rebuilt the rudder and put in new windows and hatches. We re-plumbed the entire yacht and she had a new engine fitted by onsite business French Marine.”

For over two years, Richard Odell from SYH onsite rigging specialist Evolution Rigging has been working with closely with the owner to revise the deck layout ready for short-handed sailing.

Richard explained, “Understanding the owner’s criteria and cruising plans has been crucial to this project. We compiled the spec to completely update the ergonomics of the deck to suit two-person cruising.

“For example, we installed electric winches and added more than is standard, so there is more than one winch for the same function. We also included extra fittings to enable sheets to be diverted to a different winch if needed.”

Mainsail handling will be improved via a Ronstan ball-race mast track that will reduce friction. Susquehanna will have her original mast painted and re-stepped with an electronics package from fellow SYH onsite business Seapower Marine.