Having been established by a group of passionate businessmen and their families in 1967, SYH has evolved into the thriving, multi-faceted site it is today.

These initial founders had a vision of transforming flooded farmland into a marina, so yachtsmen could walk dry-footed to their boats instead of getting in a dinghy.

The trio of entrepreneurs was soon joined by Christopher Carter Jonas, Stella designer Kim Holman, John Adams and Geoff Hubbard. The men and their families dedicated their lives to developing the site, which has steadily progressed into the marine hub it is today.

SYH has 550 marina berths and additional swinging moorings. Located on the River Orwell at Levington, the marina is two miles from the A14 between Felixstowe and Ipswich and is accessible by sea all states of the tide.

With state of the art workshops and a wide range of hoists and cranes, SYH is well-equipped to offer repairs and maintenance for classic and GRP boats.

CCTV is in operation throughout the marina.

A slipway is available near the fuel berth for self-launchers and berth-holders. Contact the marina office or chandlery to find out more.

The marina has three state-of-the-art shower facilities; one is located opposite the lightship, one at the east end of the harbour and one at the west end, all of which are free to berth holders and visitors. Contact the chandlery or berthing office for the access code.

All pontoon berths have 16amp metered power hook-ups and fresh water nearby. Electricity is included in the fees for visiting yachts.

Located in an area of outstanding natural beauty

The wildlife-rich estuary of the River Orwell forms part of the Suffolk Coast & Heaths Area of Outstanding Natural Beauty (AONB).  The nearby mudflats and salt marshes are a haven for wading and migrating birds.  SYH takes its responsibility to the local and wider environment seriously and operates an ongoing environmental programme.

More about SYH & the area

Located on the River Orwell at Levington.

The marina is two miles from the A14 between Felixstowe and Ipswich and is accessible by sea all states of the tide.

Ipswich is just over an hour on the train from London Liverpool Street station and Levington is a two hour drive from the capital.

Navigate your way around the SYH site with our handy map.

The SYH berthing office and chandlery are open from 8.00am to 5.30pm, 7 days a week, except for the Christmas and New Year bank holidays.

Stay up to date with SYH News

Sign up to our newsletter to receive all the latest updates on events, announcements and projects at SYH. 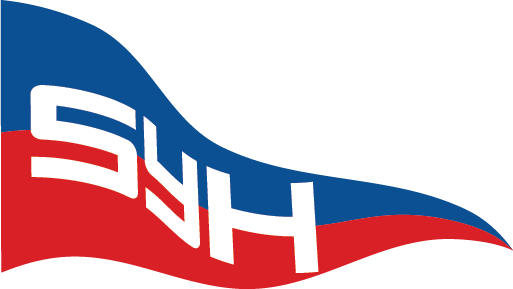