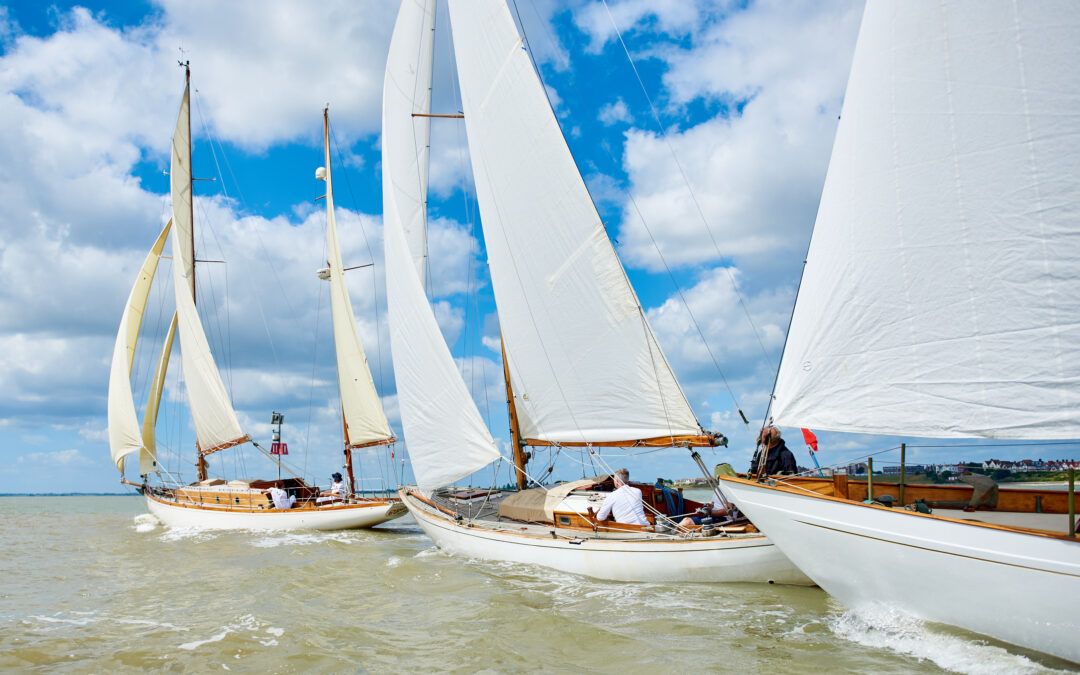 Entries this year included sailors who have competed in all 20 of the SYH Classic Regattas to date, to new yachts and owners on their first outing at the event.

Suffolk Yacht Harbour Managing Director Jonathan Dyke said, “This year was undoubtedly the best regatta yet. The weather was superb, and the race management delivered fantastic racing for all three classes. It was wonderful to see such a variety of beautifully maintained classic sail and motor yachts racing and socialising together, proving the classic yachting scene on the east coast is very much thriving.”

The sailing yacht fleet comprised a wide range of yachts from gaffers to Spirit of Tradition, International One Designs, and Stellas. The oldest yacht entered was 1898 gaff cutter and Dunkirk Little Ship Cachalot, 123 years older than the newest yacht in the fleet; the Spirit 30 Lady Elena, which launched in 2021.

The three-race series for the Fast, Slow and Stella classes saw a complete range of conditions from full sunshine, 18+ knots and very choppy seas in Race 1, to 11 knots and strong tides in Race 3.

Jonathan added, “With such a variety of yachts and a shifting forecast the trophies were all to play for. Day 1 saw the larger, heavier yachts do well in the stronger winds and bigger seas, but the lighter yachts with long overhangs had their day in less breeze on Day 2. It made for exciting racing and a fantastic spectacle on the water.”

In between the sailing yacht races on Saturday, 13 motorboats took to the stage in a Parade of Power and put on a show for their sailing counterparts. Amongst the two classes of motorboats were eight Fairey Marine boats, a WG McBryde designed twin screw motor yacht named Blade, and a 1937 Gibbs of Teddington motorboat called Ryegate.

After a fantastic day on the water on Saturday, the fleet headed back to SYH for live music, complementary cold beers, and wood-fired oven pizzas. As the sun went down over the marina, yacht owners, crew and guests shared racing stories, tales of refits and renovations, and a shared appreciation for their classic yachts.

After Race 3 on Sunday, the winners were revealed at prize giving. The regatta’s three race series and first in the Fast Class was Mark Wincer in his International One Design Whisper.

Mark commented, “It was another truly memorable regatta. Great courses and faultless organisation and management. Brilliant!”

The motorboat programme was organised by SYH boatyard services director Joshua Major, who said, “I think most classic boat owners would agree they have taken on a labour of love, but to have a gathering of such beautifully restored and maintained boats, all with passionate owners behind the wheel, was a special moment.”